Luminous Mind Sangha’s mission is to foster awakening and its embodiment in worldly life, through the application of authentic, rigorous Buddhist and modern practices.

Luminous Mind Sangha has been recognized by the U.S. Federal Government as a 501(c)(3) non-profit, and as a 170(b)(1)(A)(i) church institution. All donations are tax-deductible for U.S. citizens. 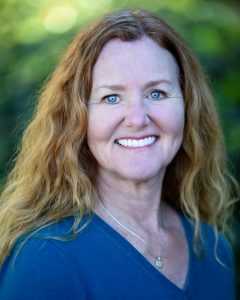 Tina’s warm style, bright clarity and supportive presence helps students recognize their deeper nature, both on the cushion and in daily life. She has a decades-long commitment to cultivating her own and others’ deep spiritual unfoldment and human potential while functioning in an embodied, worldly life.

Dr. Rasmussen learned to meditate in 1976, at age 13. In 2003, after many years of practice in Buddhist and modern non-dual traditions, she was drawn to undertake an intensive year-long solo retreat during which a profound awakening to a deeper reality occurred. In 2004, Tina took refuge with Tibetan Dzogchen teacher Tsoknyi Rinpoche, and was initiated into the Nyingma lineage. In 2005, Tina attended a 2-month retreat with Burmese meditation master Ven. Pa Auk Sayadaw, who ordained her as a Buddhist nun and gave her the dharma name “Ayya Pesala.” During the retreat, Tina became the first Western woman to complete the entire detailed Samatha path in this lineage.

As an offering of gratitude to the dharma, Tina (along with Stephen Snyder) wrote the book, Practicing the Jhanas, which was later published by Shambhala Publications. In 2007, Tina became the first Western woman authorized by Ven. Pa Auk Sayadaw to teach.

After these life-changing experiences, at first Tina felt a strong pull to become a “cave yogi” and turn away from householder life to abide in the peace of Truth. However, over time, the possibility functioning from realization while living in the dynamism of the modern world became a more compelling life’s path. Tina then began participating in the Diamond Approach, a contemporary wisdom path designed for householders, that integrates the psychological and the spiritual into one continuum for living “in the world but not of it.” Tina has been studied by Yale Neuroscience Lab for research on the effects of meditation on consciousness and the brain, has been featured in “Awakening Women,” Non-duality Magazine, Conscious TV, Buddha at the Gas Pump, Buddhist Geeks, GuruViking, After Awakening, the Imperfect Buddha, Rick Hanson’s Wednesday Meditation, Deconstructing Yourself, and others.

Dr. Rasmussen now leads retreats and offers spiritual guidance and mentoring to practitioners worldwide. She has a Ph.D. in human and organizational development, and worked as an executive coach and consultant in the business world for more than 25 years. She is also the author of several published books on humanistic business practices. 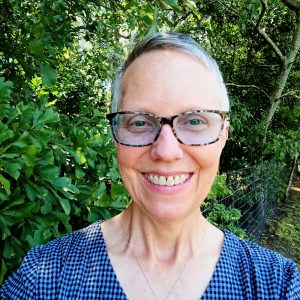 Jennifer’s role with Luminous Mind Sangha is that of a spiritual friend (kalyanamitta, in the Buddhist tradition). Her primary teaching authorization and engagement with people is in offering 1:1 sessions individually and through the LMS Mentoring Program. She also offers solo retreat guidance via the LMS “Retreats-in-a-box.” She also co-designed the LMS Meditation Jumpstart program. Jennifer brings to her work with others the understanding derived from her spiritual experience and from her formal and academic training, as well as a sincere curiosity in and heartfelt appreciation for the unique way in which spirituality unfolds in each individual.

Jennifer began meditating in 1998 and received her first formal instruction in 2001 at a Japanese Zen temple. She practiced subsequently in the Vietnamese Zen tradition, in which she was authorized as a lay Dharma teacher and then took ordination as a monastic. During that period, she also received a master’s degree in Buddhist Studies.

While training as a lay Dharma teacher, Jennifer found Tina and Stephen’s book “Practicing the Jhanas,” which ignited her passion for samatha meditation. That led her to attend retreats with Tina and Stephen and other lay and monastic Buddhist teachers.

After finding that not all her experience could be contained within the Buddhist tradition, Jennifer set out to explore other pathways, including Advaita Vedanta and the Diamond Approach, in which she continues to be a student.

Jennifer has practiced many forms of meditation including samatha (focused attention), open awareness, the brahmaviharas, chanting and recitation, movement meditations, and Diamond Approach meditations, among others. As her own path unfolds, she is exploring practices that help stabilize her realizations and support deeper and more ongoing access to the ground of being, including embodiment practices.

Currently, she sits daily. Group retreats and solo retreats allow deeper immersion. Much of Jennifer’s spiritual exploration takes place in her home in a small town in South Carolina, where she stays close to the land and enjoys her neighbors, family, and the animals with whom she shares her life. 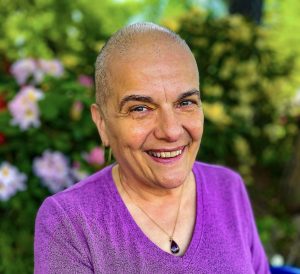 Mimi feels rooted and at home in both the Theravadan and Vajrayana Buddhist traditions.  She began to formally meditate while traveling in Asia in 1987 connecting to Achaan Chah and the Thai Forest tradition.  Vipassana meditation and hatha yoga were her daily practices in the years establishing her career in management and leadership for workforce and post-secondary education organizations.

In 2005 after meeting her root teacher, A.dzom Paylo Rinpoche, she took bodhisattva vows immersing herself in the Vajrayana path including ngundro preliminaries, diety yoga, drupchens, tsa lung and dzogchen. At this time she and her husband moved from an urban neighborhood to land outside a small rural community in Oregon which cultivated a love of silence, walking in the woods, and a steadfast commitment to awakening and meditation as a way of being.

Each year Mimi was able to spend weeks in group or solo retreat allowing her practice continued to deepen while working full-time, writing poetry and volunteering. Passionate about learning she certified as a professional coach focused on embodiment practices while continuing to work with her own personality material.

After retiring in 2015 silence and stillness guided her to samatha and trekcho meditation, qi gong and focusing as her primary practices. In her ongoing quest to integrate realizations on and off the cushion, she began exploring consciousness, non-duality and neuroscience. She also trained as a Unified Mindfulness (UM) Level 2 coach, a secular meditation program developed by Shinzen Young and Julianna Raye.

Two years ago she gravitated to practicing samatha and the jhanas as if completing a circle.  She discovered Tina’s teachings and book, and began studying with her in retreat and in the mentoring program.  As a Luminous Mind Sangha Teacher-in-Training, Mimi primary role is in assisting Tina with in-person retreats at Cloud Mountain Retreat Center. She also co-designed and offers the Meditation Jumpstart online program periodically. 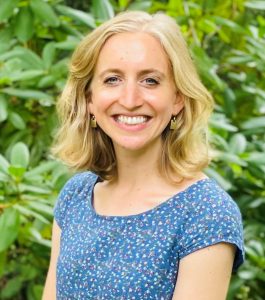 Marisa (she/her) sat down to formally meditate in the midst of an overfilled graduate school schedule. As a therapist trainee in community mental health committed to reducing human suffering, she first learned about the psychotherapeutic applications of mindfulness to support her clients. Marisa was surprised when she began to experience meditation firsthand, and noticed the potent effects of focused-attention and heart-based practices. After completing a dual Master of Clinical Social Work and Public Health degree at the University of Pennsylvania, she undertook a period of intensive silent meditation training.

During this time, Marisa grew intimate with the vast landscape of the human experience and human suffering. Through the rigorous engagement of meditative practices, she gradually began to peel back the layers of ingrained concepts that overlay a more fundamental, unified reality. At that point, the infinite nature of mind and reality opened up, powerfully shifting her identity and her perception of all that exists. Her book, Songs of Awakening, describes this experience. Captured in Marisa’s book are teachings that point directly to the capacity, within us all, to realize the shared nature of consciousness. This experience galvanized her unwavering commitment to meditation, not only as a practice, but as a way of life.

Marisa is training under the guidance of Tina Rasmussen, Ph.D, for authorization in the lineage of renowned scholar and meditation master Venerable Pa Auk Sayadaw of Burma. Marisa is committed to the deepening embodiment of what she has experienced through meditation. She combines this commitment with her passion for trauma sensitive mindfulness and evidence-based trauma therapy modalities. In 2022, Marisa received her advanced certifications as a licensed Trauma-focused Therapist. She will soon complete her postgraduate fellowship at the Trauma Institute in Northampton, Massachusetts. At that time, she will begin offering trauma-informed therapy intensives and ongoing therapy to meditators and others, in-person in Massachusetts. 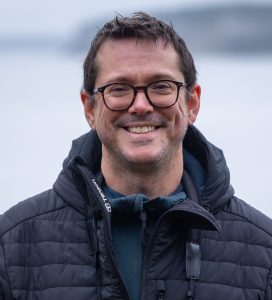 Per was born in Sweden and started his career as a performer and composer of jazz music, completing a Master of Fine Arts at the Royal University College of Music in Stockholm. After some time in this field, his love of nature drove him into nature-based, sustainable tourism. Per operates several lodges in remote areas of the Swedish Lapland mountain range, and acts as a coach and lecturer on eco-tourism and sustainable destination development. This line of work allows Per to spend a lot of time in the outdoors, which has been nurturing and dear to him all his life. Per also loves to grow things permaculture style in his large countryside garden on the Swedish island of Gotland and works towards being more self-sufficient. He navigates a busy lay life, providing for a family, managing a business etc., while trying to live as ethically as possible.

After some spontaneous spiritual experiences prior to meditating, once Per started meditating he rapidly made practice a big part of his life, in terms of retreats, studies, and daily practice. He has an unbroken practice of several hours per day since 2015, in which Samatha practice has played a central role. In dedicated Samatha retreats with Tina, his practice has progressed to include many attainments. He has also spent several retreats focusing on heart-based and open monitoring practices.

Per finds inquiring into personal patterning, integrating realizations, and merging practice and its fruits into lay life, to be a great adventure. Per is training under the guidance of Tina Rasmussen, Ph.D., for authorization in the lineage of renowned scholar and meditation master Ven. Pa Auk Sayadaw of Myanmar.

Guy Armstrong has been practicing Insight meditation for over 30 years, including training as a Buddhist monk in Thailand.with Ajahn Buddhadasa. He began teaching in 1984 and has led retreats worldwide. Guy is a Governing Teacher at Spirit Rock and a Guiding Teacher of Insight Meditation Society.

For more than 20 years, Nina Del Prado has held Human Resources Leadership roles in premier organizations, such as Genentech, Inc., Levi Strauss & Co., the Charles Schwab Corporation, and Sephora.com. As an External Consultant, she has effectively provided people expertise to both profit and non-profit organizations to enable them to meet business goals. Nina has had an ongoing meditation practice for many years.

Rick Hanson, PhD began meditating in 1974 and has practiced in several traditions. A neuropsychologist, writer, and teacher, he co-founded the Wellspring Institute for Neuroscience and Contemplative Wisdom (see www.WiseBrain.org) and edits the Wise Brain Bulletin. First author of Mother Nurture (Penguin, 2002), his latest book is Buddha’s Brain: The Practical Neuroscience of Happiness, Love and Wisdom (with Rick Mendius, MD; Preface by Jack Kornfield, PhD and Foreword by Dan Siegel, MD). He started sitting at Spirit Rock in 1993 and recently completed a nine-year term on its Board.